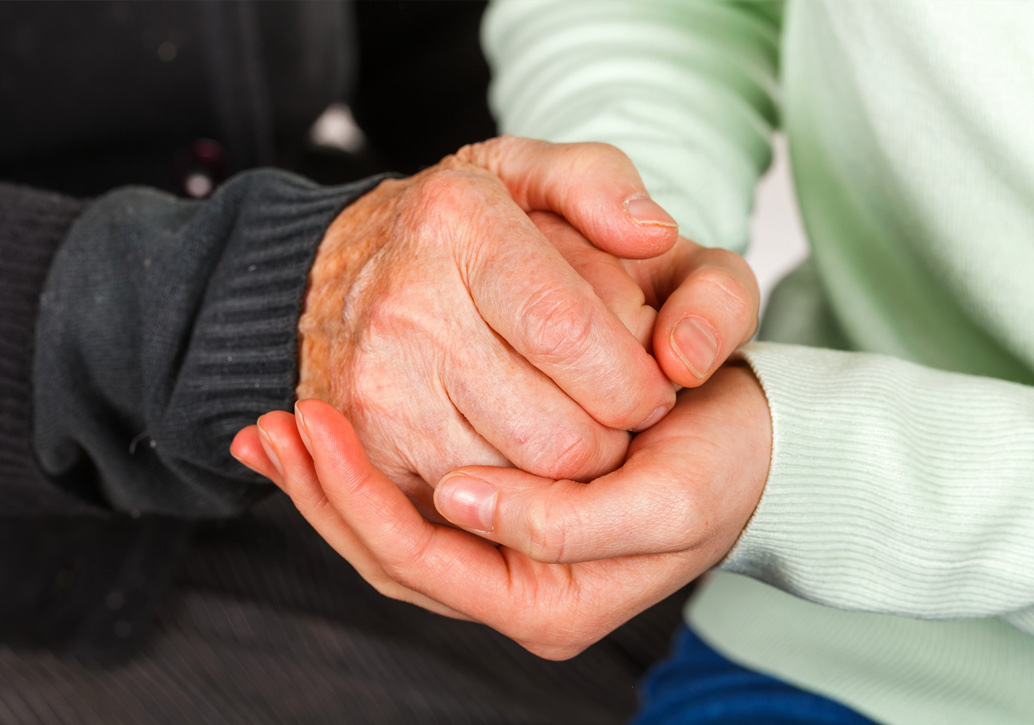 In his final year, my father lived in a long-term care facility in which he had a small but cozy room filled with mementos and some of the furniture from his previous home.

A new chapter begins with a profound lesson

Karen Faith describes her experiences involving the death of her father. She highlights some of the current challenges faced in providing quality end-of-life care to dying patients and their families. At the heart of her story is profound compassion and appreciation for the sacred journey of life and the soul. In his final year, my father lived in a long-term care facility in which he had a small but cozy room filled with mementos and some of the furniture from his previous home. The photos, the small windmills and seashells, and the stuffed teddy bears holding “get well” greetings were meant to add some cheer to Dad’s daily life, which revolved around meals and personal care. It was in this room that we convened as a family to spend time with our father. His grandchildren would visit, knowing where to find the basket of toys that lay hidden under a chair, waiting for them. They also knew where chocolates were stashed as a treat for his many guests. My father entertained visitors with stories and memories—memories that had not faded or been lost in an illness like dementia. During these visits, I do not think I was willing or prepared to accept that these would be the last days and weeks I had with him.

Staying in touch
Our visits helped to bring him out of a gloomy solitude which we had all noted, and we were determined to keep him distracted with our stories of the outside world. Frequently I found him dozing in his chair, CNN blasting its news, the volume raised in order to reach his weak ears. I would quickly switch channels to one that played old movies, and together we watched as Fred Astaire seduced the ever-coy Ginger Rogers through dance. We talked our way through the movie and caught up with one another’s day.

Moving to the next phase
Dad’s health seemed to decline very rapidly. I sat nervously next to his bed while he wrestled with fever and delirium, at times arching his neck back when a seizure overtook him. Since before I could remember, I had felt it was my job to look after my father, to make him happy. On her deathbed years earlier, my mother had reminded me of this duty. So to witness his suffering was almost unbearable for me, and I felt helpless and afraid. My call to the floor nurse for assistance was met at first with compassionate concern and later with a hurried apology that, despite her wish to assist me, she had to deliver medications to other floor residents.

Following anxious hours watching this feverish struggle, I spoke with Dad’s doctor, who had come to the long-term care home after being notified by the floor nurse that he was likely dying. My father’s wishes had been very clear and consistent: He wished only to be kept out of pain, to have his family around him, and to be allowed to die without medical devices or heroic measures meant to extend his life. His doctor explained that medical and nursing care on his floor would no longer be sufficient, and we agreed to have him transferred to an acute care area in the facility, where a doctor on duty could prescribe sedation and pain medication as needed.

The nurse who greeted us as we entered the care unit seemed somewhat surprised by our arrival and unprepared for his admission. She quickly searched for extra help to transfer Dad to his bed. Fortunately, his seizures had diminished, but the fever had left him docile and sleepy. Another nurse appeared and the two began to fit him into a beige cotton sling that was attached to a hoist on the ceiling hanging directly over the empty hospital bed. I saw his frail body being wrapped gently by the nurses, then lifted through a motorized hoist. It was then that I noted how his frame had become so bony, his skin downy white and translucent. In that moment, fully aware of my father’s frailty and vulnerability I felt a gasp deep inside. It was then that the hoist malfunctioned. Dad hovered above the bed, his swaddled body rocking slowly in a circle—he appeared more an object than person. The two nurses scrambled to get him down from the lift and onto the bed, where he briefly roused from his feverish sleep and looked at me with a pleading stare as if to say, “Enough!” The white billowing curtains were drawn hastily around us. Dad flinched at the sudden sound of the metal hooks moving so quickly along their track. Then silence. Suddenly he and I found ourselves alone and enclosed. I sat inside this shroud with a dying patient, marking his imminent departure.

That night my father, who had never been devoutly religious, told us angels were with him. He spoke in a weak but rather delighted voice about being greeted by my mother and his best friend. He talked about two angels, one at each shoulder, who guided him up—but as he tried to explain all this, he kept falling back to earth. “Go with your angels, Dad,” I told him. “They know where to take you.” These sombre surroundings could not diminish the beauty of his words or the radiance my brother, husband and I saw in his eyes, which had been so clouded by fever. He died gently that night.

Start of a new journey
As we sat with Dad’s body, we acknowledged the gift he had given us. The story of angels, and the welcome he received from our mother and his friend, reassured us that he would be okay to move on. I kissed the forehead and held the hand of what once was my father. I opened the curtain that marked this space and walked away. As I looked around the care unit, I wondered how many of these frail elderly patients would die here. I nodded to the young nurse seated at the nursing desk. She nodded back with indifference, and I reasoned this was her shield against the daily losses she must encounter.

At that moment, standing in this curtained and crowded care ward, I thought back to the moment of my granddaughter’s birth 15 months earlier. It took place in a room filled with light and love, and was managed by midwives whose efforts centred on embracing a monumental life event with skill and compassion. Where were the private spaces filled with light and love, and the skilled midwives for these dying patients, I asked myself? Despite these thoughts I held on to the moment of Dad’s death as a profound lesson, a gift filled with compassionate reverence for the end of life and for the journey of the soul.

Leaving the building, I stepped outside holding my husband’s hand, both of us silent. The day had begun and the early sun greeted us brilliantly. I squinted, shielded my eyes with my hand and realised that beginning today it would be a new chapter in my life. From now on I would be no one’s daughter!

Karen Faith is a bioethics consultant and speaker in Toronto, and a member of the Joint Centre for Bioethics with a background in social work and family therapy. Karen’s current interests are advanced care planning and quality end-of-life care.