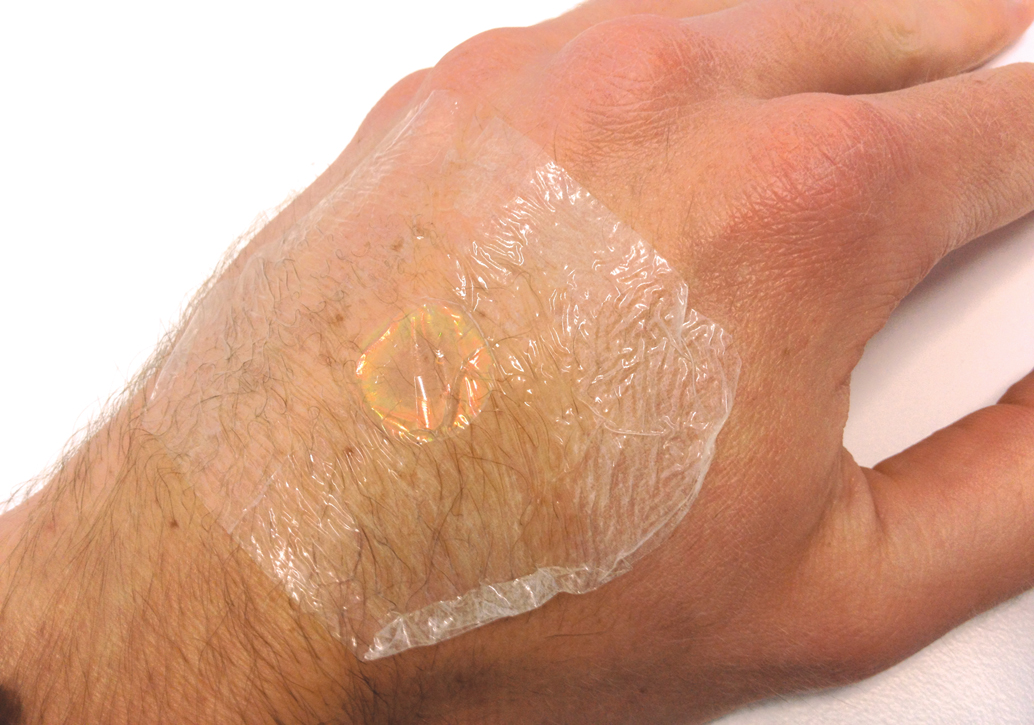 Touring a wound clinic can be an eye-opener for scientists used to asterile materials and chemistry laboratory. Some exciting developments in South Australia in the quest for a new generation of smart dressings.

Touring a wound clinic can be quite an eye-opener for scientists more used to asterile materials and chemistry laboratory, and has been central to some exciting developments in South Australia in the quest for a new generation of smart dressings.

Researchers at the University of South Australia (UniSA) in Adelaide are working closely with the city’s Queen Elizabeth Hospital to test ideas and set new goals for the use of biosensors to monitor when wounds need attention and, in some cases, actually start the process.

The aim is to develop clever ways for doctors, nurses, patients and carers to more effectively and efficiently manage wound health. Prototypes have been developed for a number of different concepts, each unique in its own way. Professor Nico Voelcker, Deputy Director of UniSA’s Mawson Institute, says everyone is pretty excited by the results.

“The proof of concept is there for some of these innovations and we are now looking to undertake clinical testing and establish a pathway to manufacture,” he says. A number of individual projects are underway, loosely running in two different streams, but—as with all good science—there is significant overlap.

Colour-changing sensors
First in line are special sensors built into thin, flexible, photonic polymers that can be incorporated into transparent dressings for chronic wounds. The sensors change colour from green to red (see sidebar) when they detect changes in temperature or pH, indicating possible inflammation or infection in a wound. It is a complex yet in many ways simple idea; the colour change comes from the polymer material absorbing or expelling water. The process is natural and biocompatible, and the sensors are inert.

“That’s the value of using photonics,” says researcher and postdoctoral fellow Dr. Martin Sweetman. “There are other methods that use chromophores and other chemicals to create the colour change, but these can be toxic and there is the risk that they might leach out into the wound environment and slow or disrupt the healing process. Our approach is based on utilizing the physical properties of the material, not chemical properties, and that’s the exciting bit.” Dr. Sweetman says trials have shown there is the potential to both build the sensors into new dressings and “retrofit” them into existing dressings. The ideal would be to have an array of independent photonic polymer “pixels” that can report on the status across a wound bed. For example, an infection that starts on one side of a wound could be discovered and treated before the infection spreads across the whole wound.

Automatic therapy
Two other projects underway at the Mawson Institute seek to take this idea further. One project is investigating the potential for these smart dressings to automatically release a drug such as an antibiotic in response to changes in the wound environment—for example, if the temperature of a wound reaches a certain level. Again, the trick is in the clever use of polymers. The antibiotic is contained in capsules that expand and contract as they absorb or expel water in response to changes in temperature or pH. Once expansion reaches a certain point, the antibiotic is released. Taking the concept further, a capsule that shrinks when the temperature around the wound falls—trapping any unused antibiotic—presents the potential for multiple cycles of drug release.

“It’s applying technology to what is now commonly called theranostics,” says Prof. Voelcker. “Our ultimate aim is to develop the ability to make bandages that are both diagnostic and therapeutic.” A separate project is looking to take wound monitoring beyond temperature and pH—which are indirect ways of telling that something is happening with a wound—to test for specific enzymes that would definitively identify any bacteria that are present. The first phase has seen the development of a prototype point-of-care biosensor that can detect these more complex parameters. The idea is that medical staff drop a tiny amount of wound fluid onto the sensor and wait a couple of minutes for a result. The amount of fluid needed would be so small that a test could be run every time a dressing is changed.

The advantages are obvious. Doctors and nurses currently rely on their eyes, noses and intuition to determine if anything is wrong, and then have to check their suspicions through a cumbersome laboratory procedure.

Chronic wounds
“One of the first steps in wound management is determining if a wound is chronic,” says Prof. Voelcker. “We now have biosensors that can detect, at a physiologically relevant level, a specific enzyme that is present in a chronic wound. “We have also developed a new, more sensitive sensor for glucose in wound fluid, which can be an indicator of a chronic wound. These are past proof-ofconcept and are now working sensors. The next part is to take them into a larger trial looking at wound-fluid samples. This is one area in which we are working closely with hospitals.”

A second stream of work involves electrical engineers, not materials experts. They are using a different set of sensors to monitor changes in moisture levels in a wound, or whether the pressure in a compression bandage has dropped below acceptable levels, and immediately inform key personnel. The miniature electrical sensors, which contain a battery, are incorporated into a dressing. The dressing connects via Bluetooth or a similar interface to a smartphone or tablet, which can in turn pass the message to another phone or database.

“This would be invaluable to community nurses and others who monitor a number of patients in a number of places,” says Prof. Voelcker. “Rather than having to keep dropping in on patients to check on a wound, they would be alerted if a dressing has become too wet to be effective or the pressure has dropped too much. And they would know whether to take immediate action or schedule it for the near future.” Prof. Voelcker and a team of nine have been working on these projects since being approached by Australia’s national Cooperative Research Centre (CRC) for Wound Management Innovation to bring their expertise in biosensors into the medical field. The CRC is based in Brisbane, but UniSA leads its program focused on tools and therapies. The other programs are concerned with enabling technologies and clinical applications. Wounds that refuse to heal, even after several months, are becoming a significant health burden in Australia, as they are around the world. It is estimated that up to half a million people with chronic wounds present at Australian hospitals every year, costing the health care system almost AUS$3 billion.

Here’s the science
To see a bandage change colour, we first need to be able to see the colours. In the case of the clever sensors, this works in much the same way as when we look at a butterfly’s wing or a beetle’s shell—it is all about the multi-layered structure. The first step is to create colloidal crystal arrays of polystyrene nanospheres that stack on top of each other like marbles. A liquid solution of a polymer precursor mixture is then poured in and allowed to fill all the spaces in this framework before it sets. Dissolve the polystyrene, and you are left with a complex, multi-layered lattice with voids. When you shine a bright light on the sides of those voids, you get a reflection of the white light centred around a narrow wavelength band, which lets you see either green or red.

This concept is not new, but the combination of materials involved is, as is its application in monitoring wound dressings.

Nick Carne is a science communications specialist who makes complicated subjects accessible to help researchers get their research out to the world.