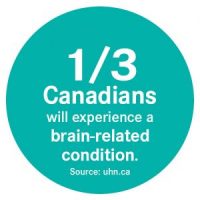 Readmissions . linked to disruptive hospital stays
Hospital patients who experience disturbed sleep, low physical activity, missed meals and stress during their stay are more likely than others to be readmitted within 30 days. Using the GEMINI data platform, researchers tracked patients’ level of sickness and the cumulative disturbances they experienced. The study, co-led by doctors at St. Michael’s Hospital and the University Health Network in Toronto, enabled the researchers to make simple recommendations to enhance the healing environment. Next step: to see if their ideas successfully reduce readmissions.
Source: JAMA Internal Medicine

Sexual assaults not declining
Although data can be hard to establish, says the Canadian Women’s Foundation, the information we do have about sexual assaults is disturbing.

•Women who have experienced sexual assault are more likely to attempt suicide.

Changing course in Parkinson’s research
Krembil Brain Institute recently invited top minds from around the world to collectively discuss faster ways to discover disease-modifying therapies for patients with Parkinson’s disease. With Parkinson’s diagnoses expected to rise by more than 50 per cent by 2030, aligning research efforts is key, said keynote speaker Dr. Alberto Espay, a neurologist from the University of Cincinnati. Krembil has the world’s largest and most comprehensive teams of physicians and scientists working hand-in-hand to prevent and confront problems affecting the brain and spine.
Source: Krembil Brain Institute

Vaccinating against fentanyl
A study that evaluated the effects of a fentanyl antigen combined with a tetanus vaccine has shown promise for those with opioid addiction. Rats given the option of food or fentanyl initially chose the latter. However, within four weeks of being vaccinated, food choices increased and fentanyl choices decreased. The methodology used in this study mirrors the approved treatment for opioid addiction.
Source: Neuropharmacology

Facial-recognition detects pain
Being unable to talk about pain can lead to discomfort, agitation or aggressive behaviour in long-term care residents living with dementia. Currently, health care providers rely on observation and physical examinations to determine the cause of such behaviours, and doctors often prescribe psychotropic rather than analgesic medications. Rather than ignore the issue, Dr. Thomas Hadjistavropoulos from the University of Regina is aiming to put video cameras in the rooms of long-term-care residents. The cameras will not record, but will send images of the residents to a software program that has been taught to detect expressions of pain. When signs of discomfort are seen, the program will trigger a light at the nursing station and send a confidential e-mail to the nursing team to request further attention.
Source: University of Regina

A dollar a day
Sometimes a push will get us off the couch, according to Dr. Marc Mitchell. His research has found that financial incentives encourage higher levels of physical activity, as measured in steps per day. Rather than using a 10,000-step baseline, Mitchell personalized goals with small but instant financial rewards more. Turns out: A dollar a day seems to be enough to get people moving.
Source: British Journal of Sports Medicine

Jack.org is a Canadian charity that trains and empowers young leaders to revolutionize mental health in every province and territory. They do this through three globally-recognized programs: Talks, Chapters and Summits. Jack.org also trains youth volunteers so that they have the tools they need to help to change the culture around youth mental health. It also helps to address community specific barriers and co-design strategies to combat them. Jack.org’s upstream focus includes crisis prevention and the creation of a sustainable, healthy environment for all young people.