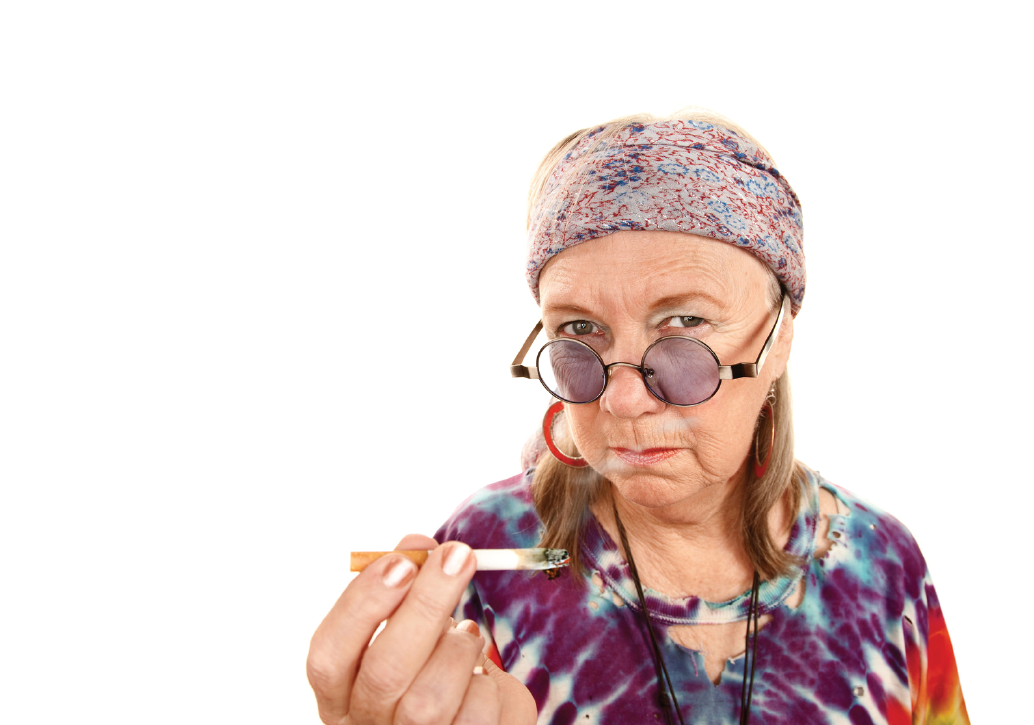 “I’ve been doing it for so long it’s hardly worth the effort, and my doctor recently said that other than a touch of bronchitis I’m fine.”

It’s never too late to stop

I was recently sitting in an outdoor café overseas, under the bright sun with a fresh wind blowing in from the nearby sea. On the table next to me were three women, who I guessed to be in their late 60s or early 70s.

One of the women had a face that that was heavily wrinkled perhaps, I thought, from the sun and the sea. But when she reached for her cigarettes and started speaking, I concluded that at least some of her attributes were related to smoking. The coarse cough as she lit up and the deep hoarse voice suggested that she was a heavy smoker of many years with chronic bronchitis and emphysema.

One of the other women said to her, “Still smoking? I thought you said last month that you were giving it up—again.” With a smile and another bout of coughing, the first woman replied, “I’ve been doing it for so long it’s hardly worth the effort, and my doctor recently said that other than a touch of bronchitis I’m fine.”

“Do you smoke around your grandchildren?” the second woman asked. “Usually not when I’m at their house as my daughter and son-in-law won’t let me as if I were some sort of pariah. Although the kids know I smoke because of the ashtrays,” she replied.

In my head, I was going over what I really wanted to say. I recalled an incident when, some months earlier, I had come upon three young men smoking outside the donut shop where I buy my morning coffee. I’d prefaced my interruption of their morning with, “You can tell me to just shove off if you wish, but you look like three intelligent guys who I assume would want to stay well for as long as possible. I’m a doctor with patients who are dying of smoking-related diseases such as cancer. It’s a terrible way to die. Why not do yourselves and your loved ones a favour and give it up?”

I expected a negative reaction. Instead, each of them thanked me and agreed I was right. They told me giving up was hard, so I gave them a few tips and left, feeling that at least one of them might heed my words of caution.

Maybe it was because I was abroad and worried about making myself understood in another language, but I didn’t speak up to the woman in the cafe.

Did I miss an opportunity to change the trajectory of her health and life expectancy? After all, it’s never too late to benefit from quitting. Maybe the risk of cancer might not decline much at this stage, but the bronchitis and emphysema would respond in a positive way to such a step.

If you’re a grandparent and want to live to the see the little ones grow up, you’ll heed my words. And, lest we forget, you should be setting an example to younger generations.