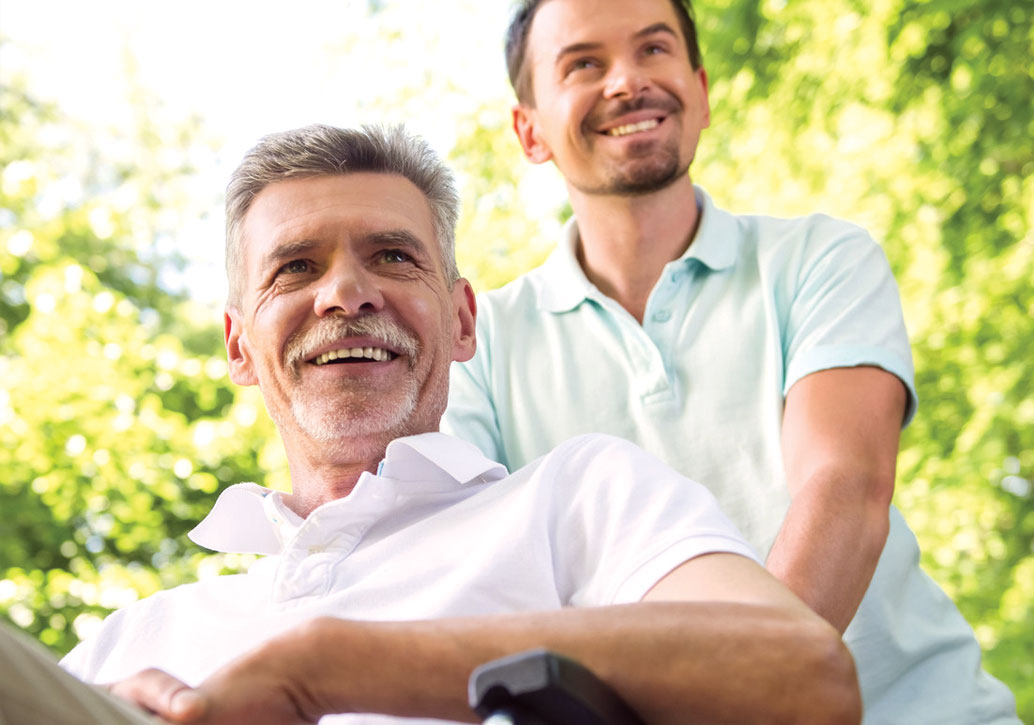 ive years ago, at the relatively young age of 60, my husband suffered a stroke that left him profoundly disabled.

Five years ago, at the relatively young age of 60, my husband suffered a stroke that left him profoundly disabled. After two years in a continuing-care hospital, he was deemed medically stable enough to return home with two hours of home care a day – authorized at the time by our local Ontario Community Care Access Centre (CCAC), which distributes provincial government funds to our neighbourhood care agency. Now his new care co-ordinator has told us that the CCAC wants to cut us back to one hour a day – even though his physical condition has not improved. He cannot roll over in bed, sit up by himself, use the bathroom, shower or transfer to his wheelchair without help. The care co-ordinator said the CCAC has not received any more funding from the government and has to find efficiencies. There is no way we can manage with just one hour a day. What are our options?

If it is any consolation, you are not the only one who has a problem with the CCACs and their handling of home care.

In September, Ontario Auditor-General Bonnie Lysyk released a report highly critical of the home-care system, noting that as little as 62 cents of every dollar spent goes to face-to-face client services. (By contrast, the average salary of a CEO at the CCAC was $250,000 in 2013, up 27 per cent from 2009.)

In December, Ontario Health Minister Eric Hoskins announced a plan to scrap the province’s 14 CCACs and have their responsibilities taken over by expanded regional health networks.

However, it will take a while to carry out these changes. That means you will be expected to go through the CCAC’s complaints process – which, unfortunately, can be long and protracted.

That process starts with the front-line staff.

“If you are unhappy with whatever is happening, you raise it with your care co-ordinator,” explains Julia Oosterman, a spokesperson for the Toronto Central CCAC.

If you cannot agree on home-care support, then the next step is to call the Client Service Centre and ask to speak with your co-ordinator’s manager.

If you are still not satisfied with that outcome, then you go up the ladder in the organization’s hierarchy and ask to speak to the manager’s director.

Oosterman says most complaints are settled before they reach this stage.

But if there is still an issue at that point, you can raise your concerns with three other bodies:

The Client Experience Office: The staff of this office functions like a CCAC “internal ombudsman,” says Oosterman. The office “looks at things from an impartial view,” she adds.

Long-Term Care Action Line (1-866-434-0144): This service is provided by the Ministry of Health and Long-Term Care. An Independent Complaint Facilitator (ICF) would be assigned to look into your concern, although the CCAC is still responsible for working with you to resolve the issue.

The Health Services Appeal and Review Board (HSARB): This is an independent tribunal set up by the Ministry of Health to address complaints about the health-care system, including your husband’s eligibility for services and the types or amount of service he receives.

Oosterman says people can choose any of these three options right from the start – and bypass the caseworker, manager and director. But going up the chain of command “is the preferred route,” she says.

Oosterman noted that in the past five years, the Toronto Central CCAC has faced a 73 per cent increase in the number of medically complex clients who are receiving home care.

She says the needs of clients are re-assessed on a fairly regular basis. Care co-ordinators work with clients to draw up a care plan, Oosterman says. Not all of that care will come from the CCAC alone. Instead, CCAC may point to other forms of support in the community.

“We need to continue to provide care to all the people who need us within the funding we have.”

It is certainly true that Ontario’s health-care system is going through profound changes as the population ages and more patients are cared for at home.

But the CCAC’s complaints process does seem overly cumbersome from the patients’ perspective. It would be nice to have one centralized office that deals with all complaints, so people do not have to keep repeating themselves as they take their concerns from one official to the next.

Hopefully, that might happen with the reforms now under way, says Dr. Joshua Tepper, CEO of Health Quality Ontario, a provincial agency with a mandate to improve the health-care system.

“It is really important that all parts of the health-care system have good patient-relations processes,” Tepper says. “And a way of making it more responsive to the needs of patients is to involve them in the design of those processes.”

So, it would be worthwhile for you to speak up about your experiences as home care is revamped in Ontario.

Paul Taylor is a patient navigation advisor at Sunnybrook Health Sciences Centre. He is a former health editor of The Globe and Mail. You can find him on Twitter @epaultaylor and online at Sunnybrook’s Your Health Matters.